Last week, the Global Episcopal Mission Network held their annual conference in Ponce, Puerto Rico, and Mission Personnel invited all of the Episcopal missionaries from Latin America and the Caribbean to attend. The fellowship time among the missionaries and the awesome staff that supports us was the most fulfilling part of the conference (Lynette Wilson captured the essence of this great community in this article here).

But all of the talk among ourselves about our experiences, and the questions from other conference attendees about what we do as missionaries, makes me ask myself this simple question: what in the world have I been doing all this time for three years in Haiti? 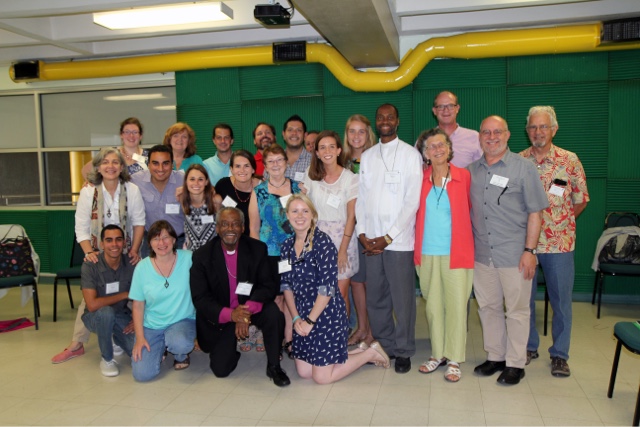 I've been through quite a blogging drought, but I think that just means things are advancing even faster at work with CASB.

Check out the following Episcopal News Service article and video by Lynette Wilson on the revitalization program of the Centre d'Agriculture St. Barnabas where I work.

Posted by Alan Yarborough at 5:19 AM No comments:

The past two weeks, I've felt the momentum of my work in Haiti pick up. Things are moving forward. So, I’d like to share a basic update of what’s going on.

Stabilization projects at the Centre d’Agriculture St. Barnabas are finally underway. Right now, Saint Ange is building a new nursery so we have plants for new land we’re preparing for production. We’ve purchased seeds from Seed Programs International, based in Asheville, NC, to try in our student practice plots. We’ve rented temporary composting toilets from SOIL, which safely compost human waste, and we are purchasing compost from them to use until we have our own capacity to make it.
Throughout the month of December we’re installing temporary classrooms that will serve the school until we are able to construct new buildings hopefully by the end of 2016. We’re finalizing plans for a new pump, reservoir and irrigation system to outfit a well. This will allow us to increase farm production to support the center financially and to begin more test plots of crops that local businesses are interested in growing. Three examples are jatrofa, used to make biodiesel, morenga, a leafy plant with high concentrations of vitamins and protein, and sisal, a plant that was once a significant crop in this region of Haiti before synthetic fibers replaced the organic ropes made from the plant.
We’re also preparing a preliminary scholarship program for students in the agriculture technician program. So far, thanks to donors in the Diocese of California, CASB has granted 6 half scholarships. Remaining students have filled out applications for scholarships, and we hope to find more sponsors in the U.S. that can make it possible to grant additional scholarships.
A lot more is to come in 2016 as the Episcopal Church together with partners like Fresh Ministries out of Jacksonville, FL, continue to seek the proper support needed to rebuild academic and administrative buildings, install hydroponic units, and establish additional farming services CASB can offer in the region.

In other happenings, I’m still supporting Earl Burch in his mission with the Diocese of Upper South Carolina in Cange, as they work with Ecole Bon Sauveur and many other ministries in the Central Plateau. I’m moving forward with Chris Ciocchetti and Maegan Daigle from Centenary College in Louisiana on conducting Partnership, a pilot, week-long academic course in Haiti in May 2016 designed to equip communities and individuals interested in Haiti to promote effective engagement and cooperation. Finally, I’m in the early planning stages with Reverend Carmel Chery to design a program on racism and racial justice for the youth in each parish in the Diocese of Haiti to use in their spring gatherings. This project is an extension of the Episcopal Church Young Adult Pilgrimage to Ferguson, Missouri, that happened in October.

As you can see, there are a lot of partners in this work. I’m blessed and grateful to be working with so many amazing people and to receive such amazing sustained support from friends, family and church communities back in the U.S. 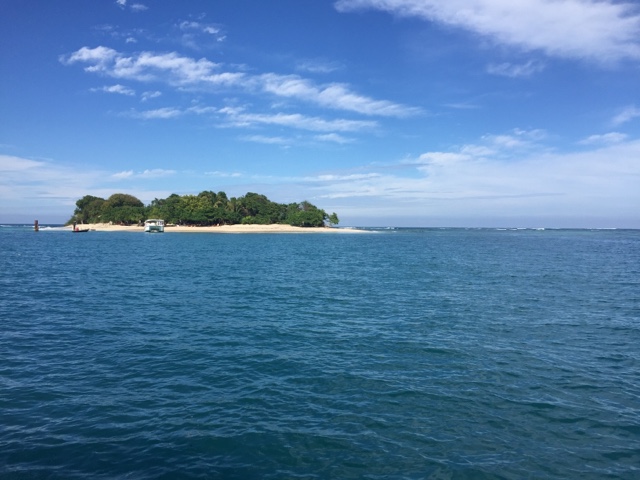 Posted by Alan Yarborough at 5:35 AM No comments:

Change but not Changing: A Ferguson Challenge

The other day, I came across a two-frame comic. In the first frame is a politician like figure standing at a podium in front of a happy crowd of people each with one hand raised as the politician asks, "Who wants change?"

Everyone wants change, but no one wants to change.

The idea, the need, the desire for change was readily apparent during the recent Episcopal Church Young Adult Pilgrimage to Ferguson, Missouri. Twenty-four other young adults and I, 6-8 staff, and countless guest speakers, engaged in conversations about racial justice and reconciliation. Indeed, during the pilgrimage we met with many inspiring agents of change. But what was also apparent, especially in looking out from Ferguson, is a lack of will to change. We want change, but we're not changing.
Read more »
Posted by Alan Yarborough at 12:59 PM No comments:

“For the Son of Man came not to be served but to serve, and to give his life a ransom for many.”

Read more »
Posted by Alan Yarborough at 7:54 AM No comments:

What is poverty? How can community over come it?

Natalie Finstad, former Episcopal missionary in Africa, started the organization Tatua Kenya after her experience working in Kenya. Check out her terrific TED Talk, posted this past January, on her decision to take action, how she thinks we should define poverty, and what community can do to better our world.

Some of you may have seen me share this video before. Watch it again. It's good.

Posted by Alan Yarborough at 1:43 PM No comments: 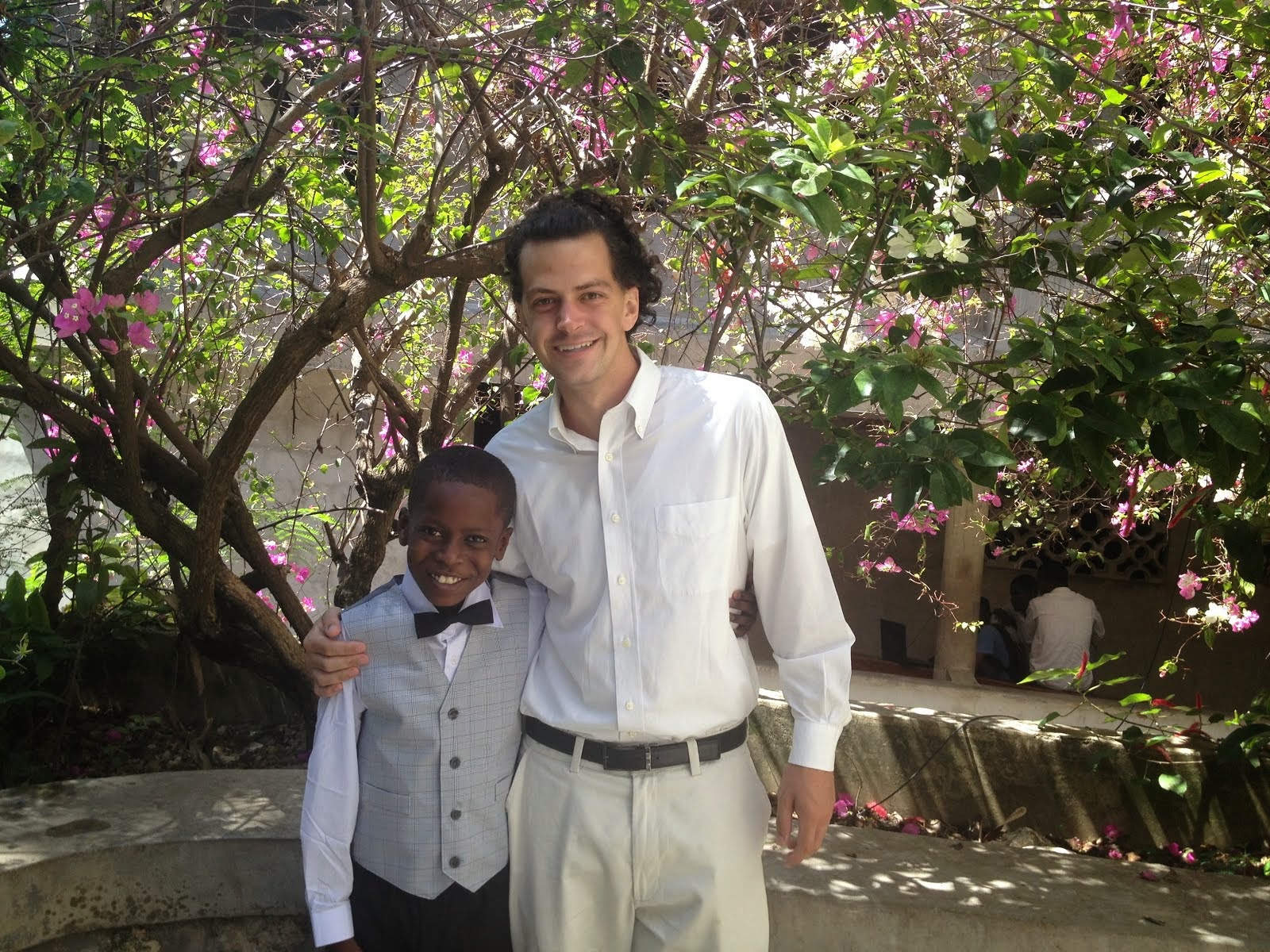